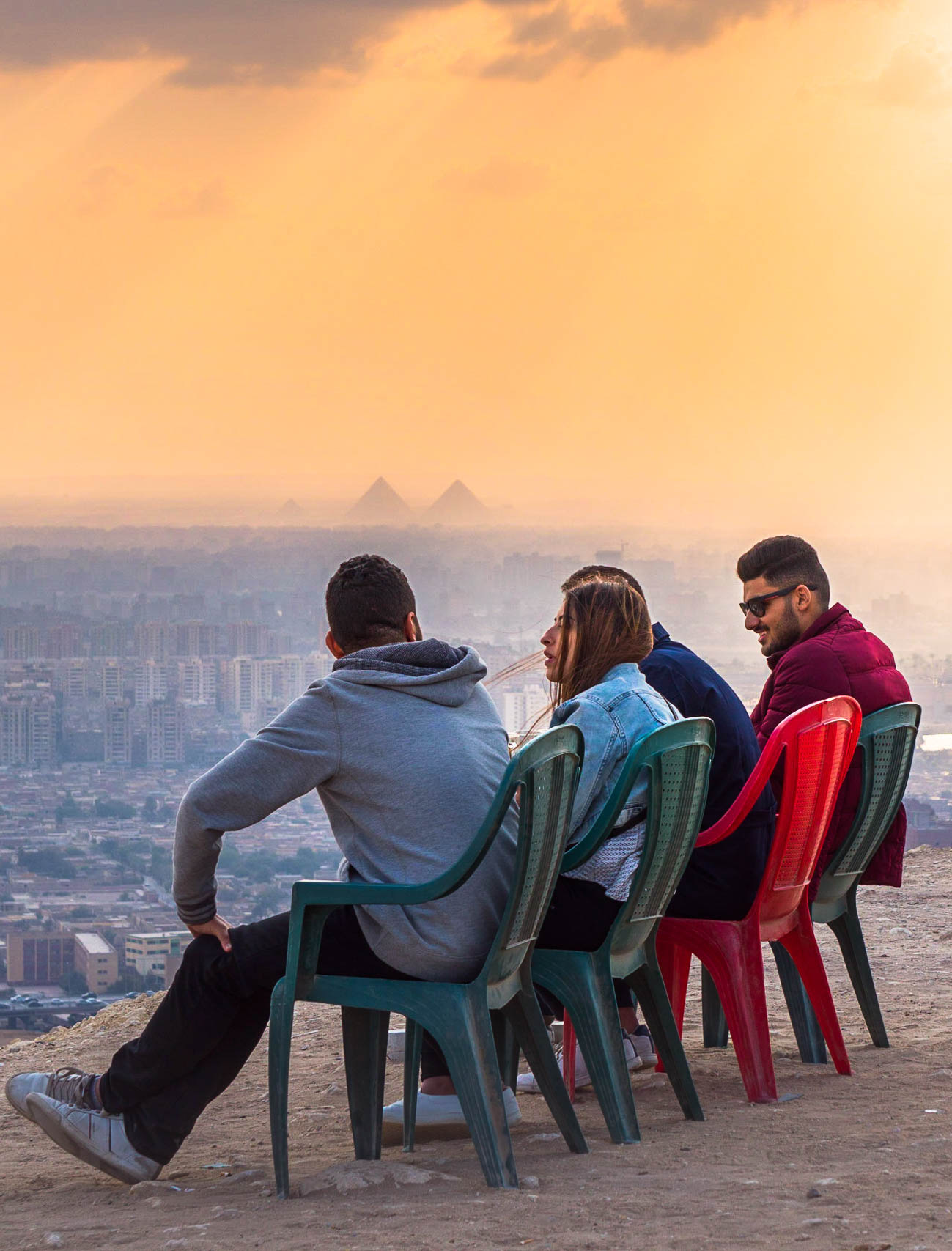 As the sunset was approaching, Mohamad drove to Mokattam, the only mountain in Cairo, and one of the best places to enjoy an Egyptian sunset.

The view from the top of Mokattam is astonishing. Cairo is by far the biggest city I've visited, and here I am on top of it.

The vibes along the corniche was impressive. An eclectic mix of ages and cultural backgrounds, all of whom came to Mokattam to enjoy the serenity of an otherwise bustling city.

I zoomed into the landscape to capture Cairo's immortality: a rather modern city, whose 5,000 year old pyramids still stand out amongst a city that hosts 10 million people.

Apparently the corniche is divided into many levels, and as the evening approaches, the night-time lovers take over.

Afterwards, we headed straight to the Nile. The typical Cairene traffic was at its ultimate, so by the time we arrived it was dark.

The nighttime ride was illuminated by the lights of the city, on a calm murky river that had emptied out from daytime traffic.

I longed to be in one of the river houses we passed.

Hossam, my colleague at Anghami, handles our office in Egypt. He introduced me to Cairo's food, culture, and sights.

The journey passed through the Nile, one of the world's most iconic rivers, to observe Cairo's high-rises and bridges.

On our way back, a romantic boat passed by, equipped with a bed, candles, and curtains willing to make for a special evening. 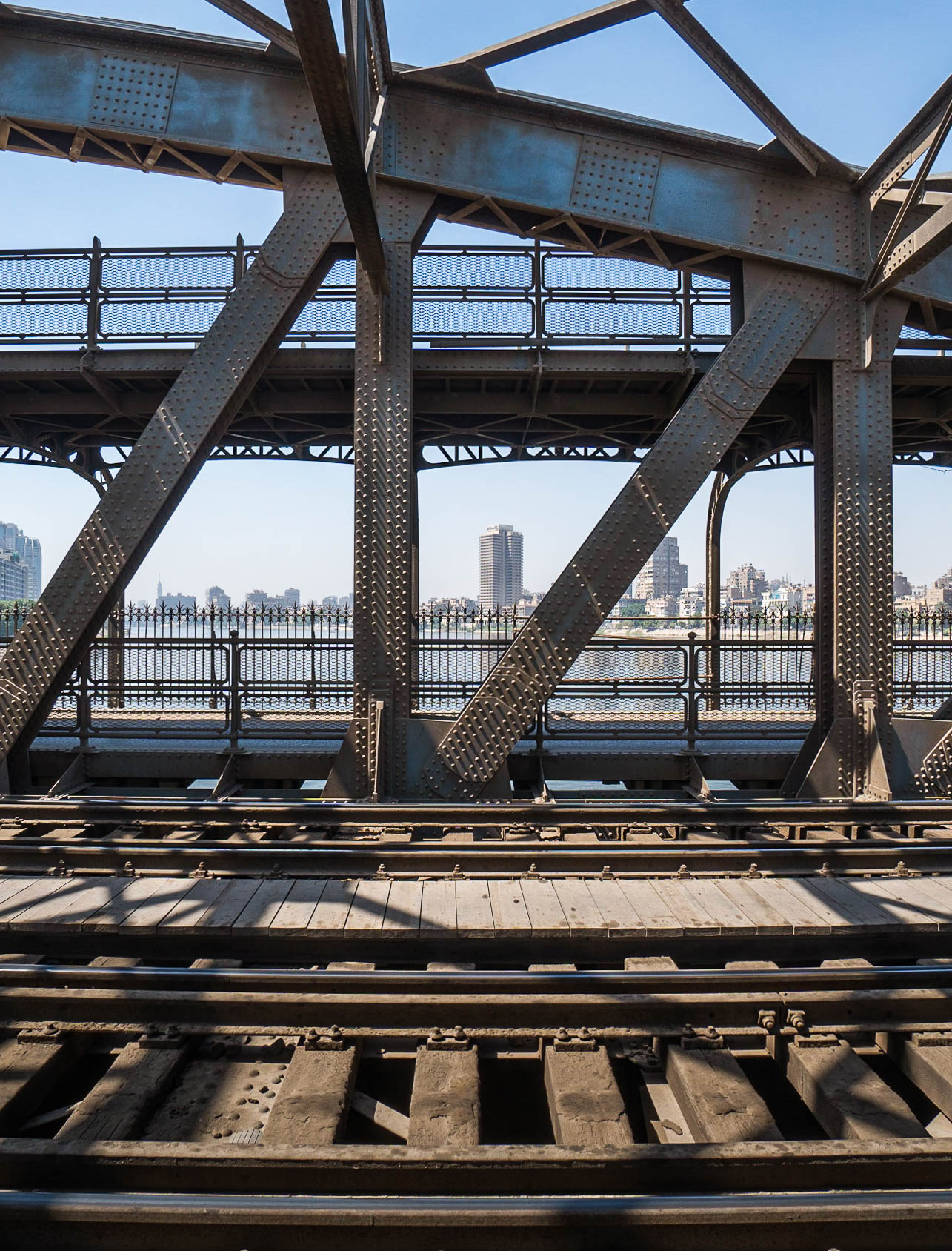 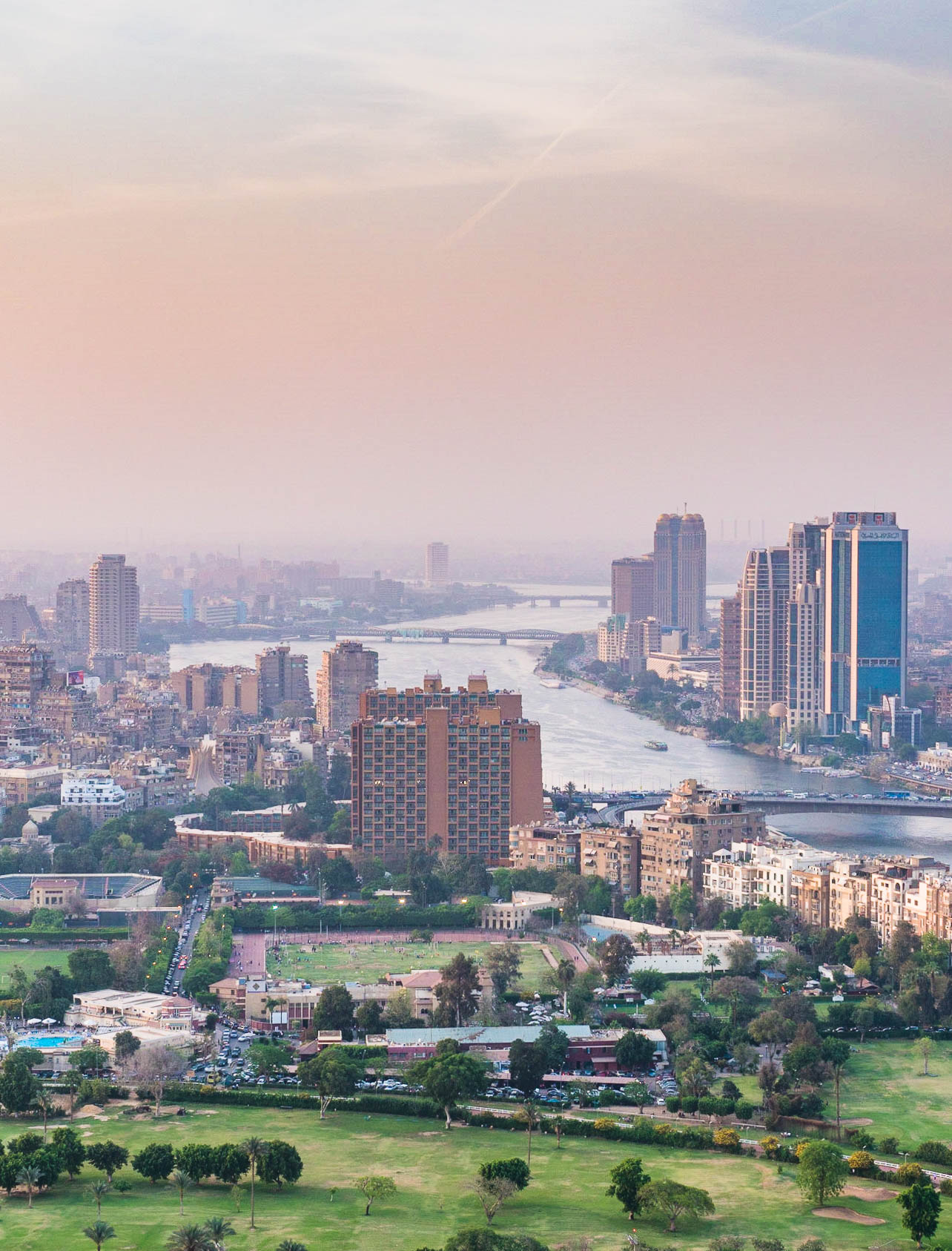 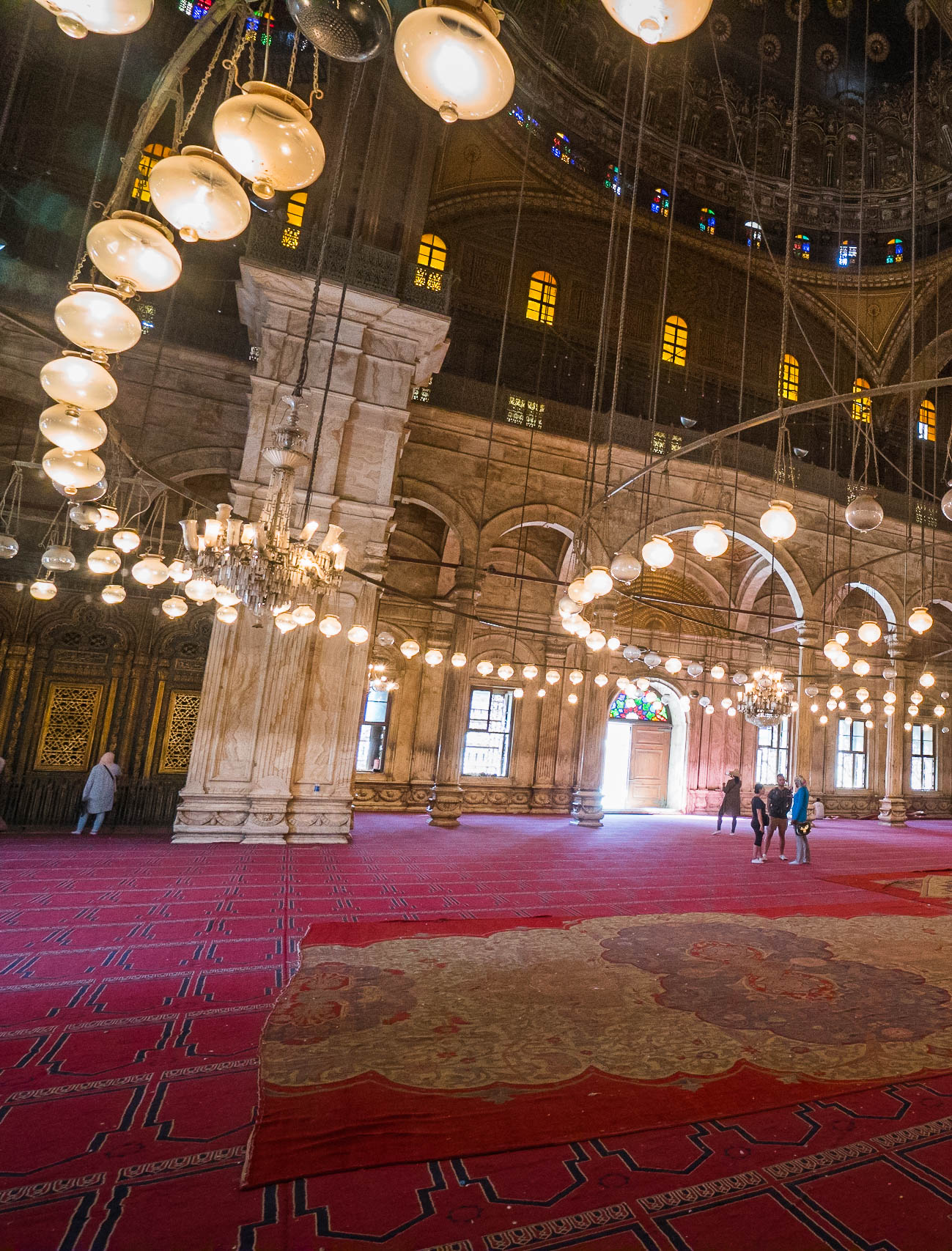 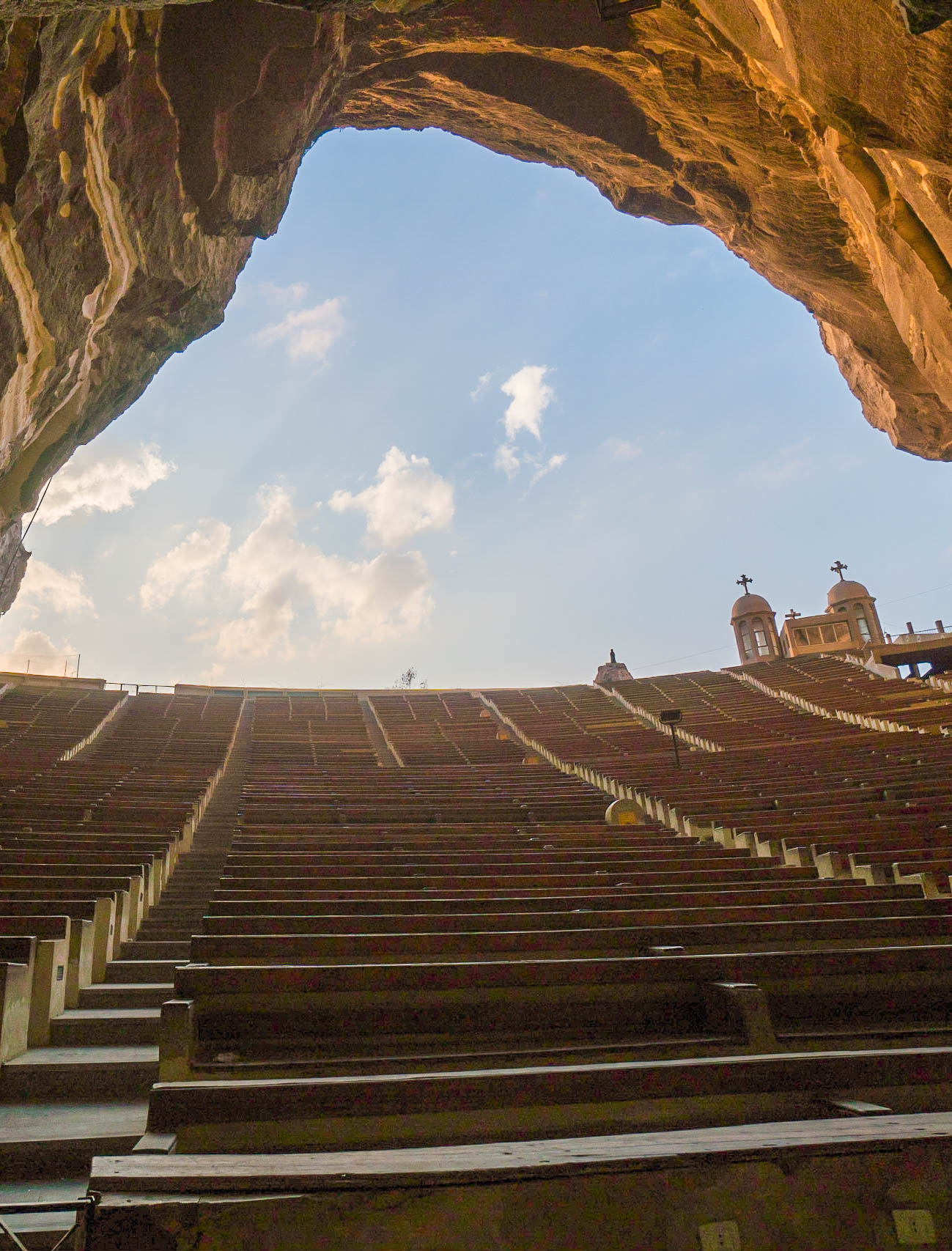 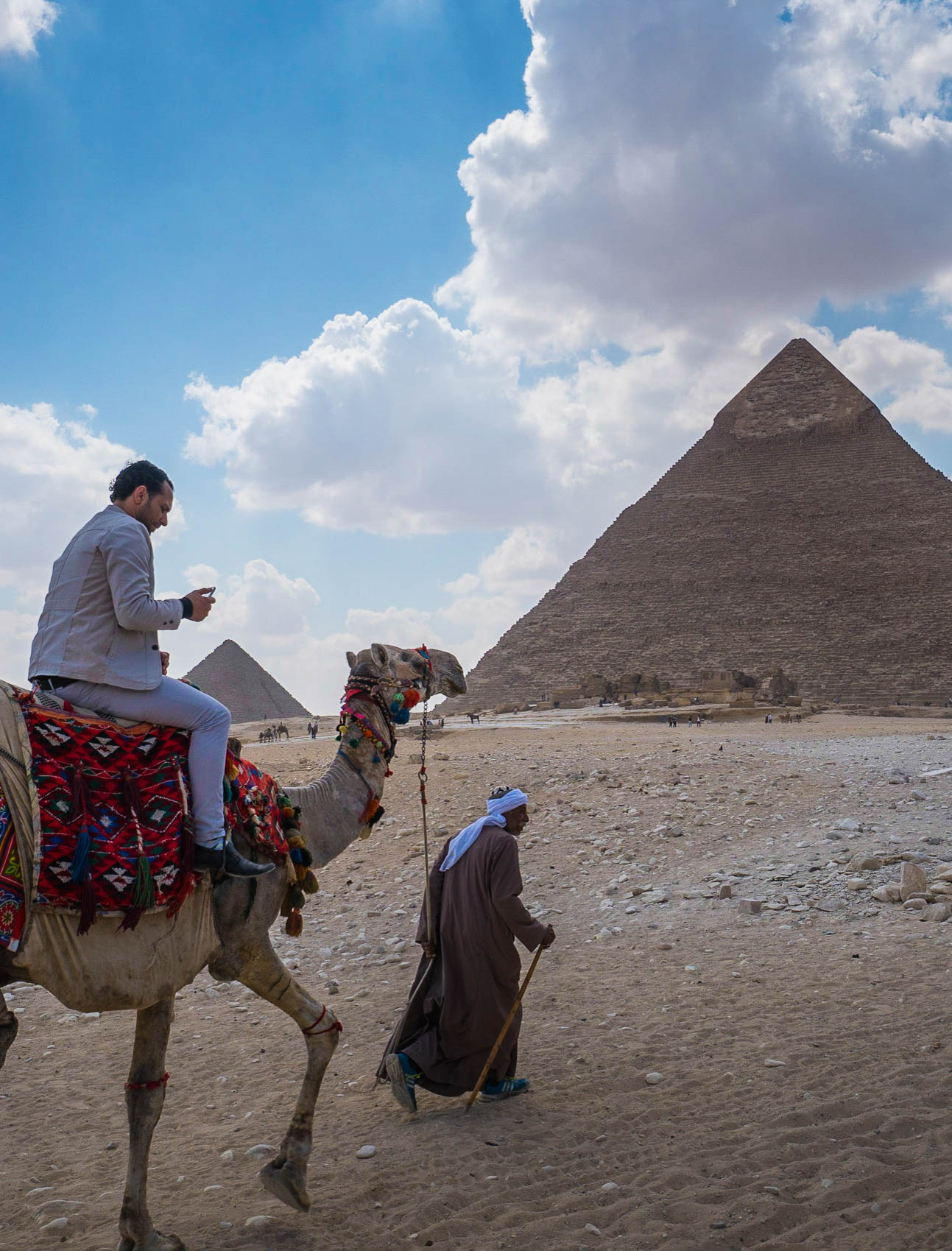